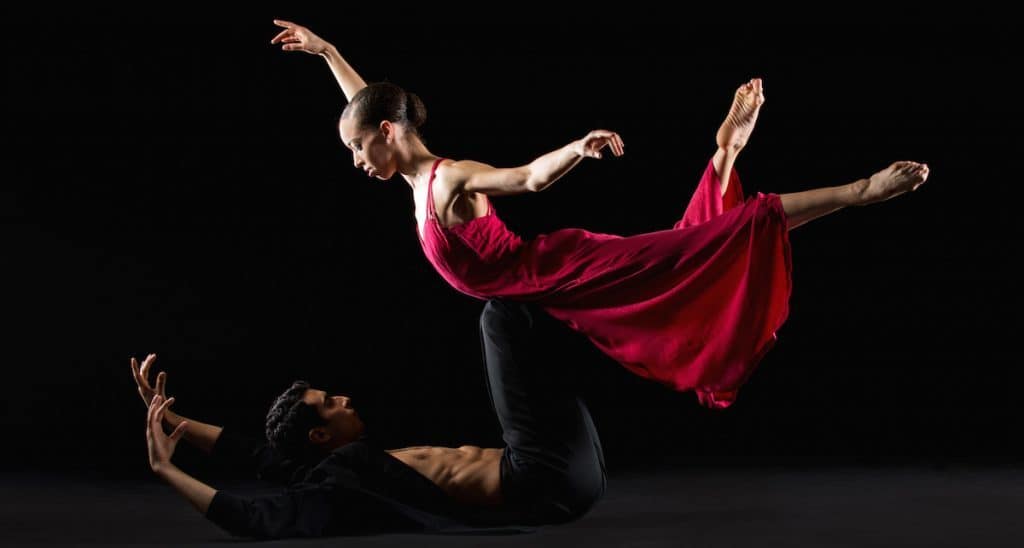 The turbulent repetition of musical structures and recited text from the Frederic Rzewski’s frantic composition provides with the accompaniment and counterpoint to an abstract work by Nacho Duato who uses his effervescence both to bring us closer to furious frenzy and hysterics, and as a contrast in his creation of oniric atmospheres. Both phenomenons appear alternatively as well as simultaneously as it could happen with the rhythms and sensations which develop within a big city.

The result, of an obvious comtemporary style, forces the spectator to focus his attention on the multiple changes of the choreographic process as well as on the system and structure of steps, instead of the ordinary descriptive and narrative elements.

Frederic Rzewski’s piece entitled Coming Together and Attica written for narrator and instruments, to be performed ad libitum in two parts, is of crucial importance in the history of repetitive music and not only because of its obvious influence on later pieces. Here the repetitive techniques and structuring are not an end in themselves but the means of creating a coherent musical, dramatic world. While this piece just like Rzewski’s other works makes use of improvisation and repetition it is also a committed work both in the social and the political sense. Rzewski managed to combine the political, ideological meaning of the text and the musical structure into a homogeneous whole by means of an original “minimal” idea.

The eight sentences from a letter by Sam Melville (a political prisoner killed in the 1971 Attica prison riots) are first narrated in an additive then in a deductive progression. The title of the piece is a reference to a sentence of the letter and to the technique of musical improvisation.